Share the same dream of thirteencenturies past...
Even the warlord Nobunaga had hisbreath taken away.
See a plethora of National Treasuresand before bed.
About Mii-dera Language
日本語 English 簡体中文 繁體中文（臺灣）

Be cleansed by the 1,300-year history of this temple.

Mii-dera (formal name: Onjo-ji) is the head temple of the Tendaijimon Sect of Japanese Buddhism.
This ancient temple, on the southwest bank of Lake Biwa in the former Province of Omi, was founded on the site of the miraculous spring in which were supposedly first bathed the infants who would reign as Japan’s 38th, 40th and 41st emperors in the latter half of the 7th century.
Having experienced being burned down in both the Gempei War in the 12th century and the war of the Northern and Southern Courts in the 14th century, and then being abolished by the warlord Hideyoshi in the 16th century, the temple has seen its fair share of tragedy over the last 1,300 years, but it has always risen again from the ashes, earning it the nickname “the Phoenix Temple”.
Its Central Hall houses the principal idol of the temple, a concealed statue of the bodhisattva Maitreya, and in the Great Teacher’s Hall is enshrined an image of Fudo-Myoo, the famous Ki-Fudo (“Yellow Acalanatha”), known as one of the “Three Great Fudo Images in Japan”.
You cannot understand Japanese history without knowing about Mii-dera, which houses no less than 64 items classified as Japanese National Treasures.

Now, this ancient temple is calling to you to come here and cleanse your spirit. The Myogon-in Hall of this temple, which is over 400 years old, is now open to the public as a temple-stay venue.
Only one group can stay per day, renting out the building.
Have all the four seasons to yourself.
With a special visit to several of the temple’s National Treasures, a meditation experience, etc., there is plenty on offer only to lodgers who stay here overnight.
A temple-stay surrounded by history: WAQOO Mii-dera. 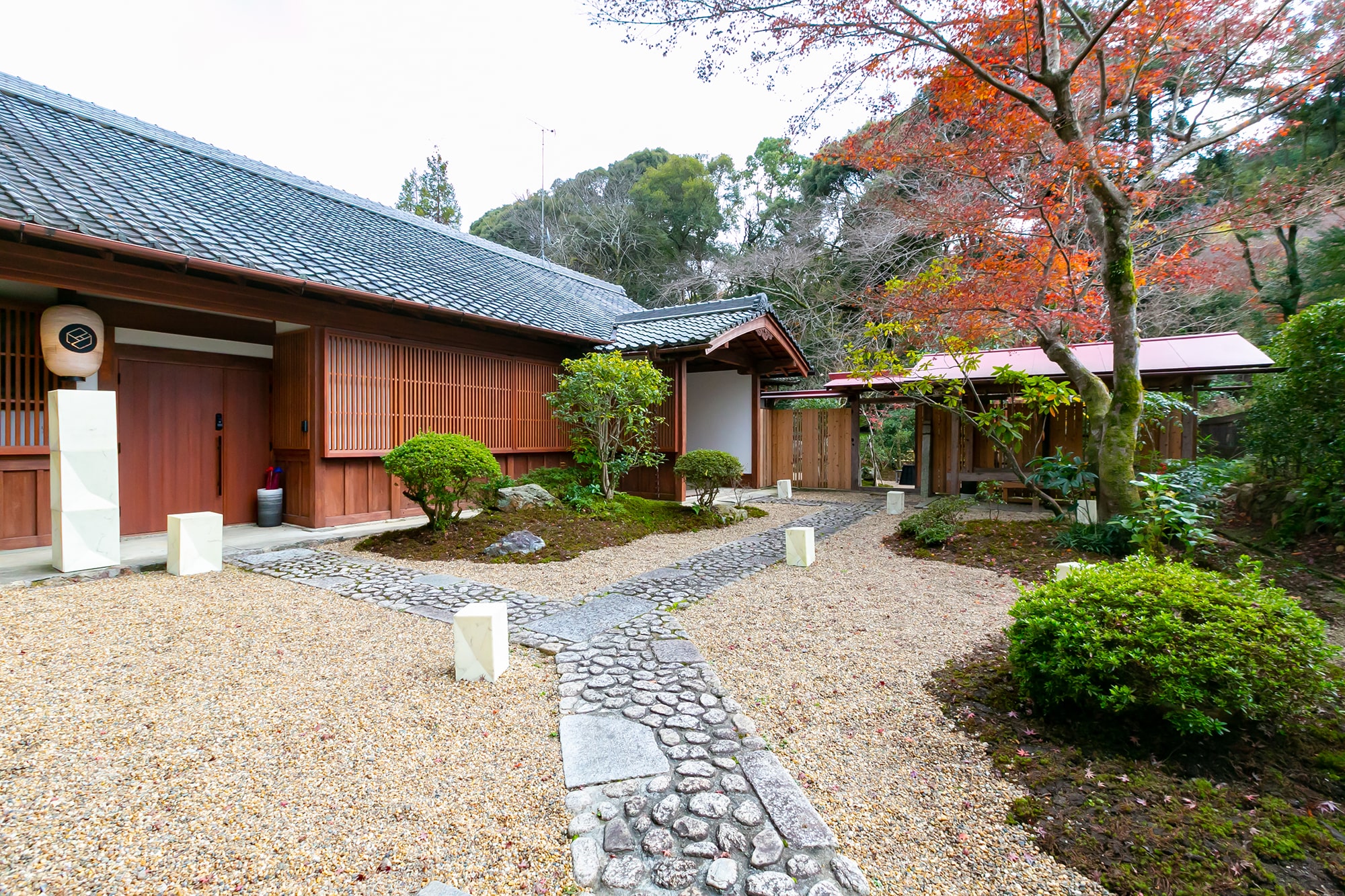 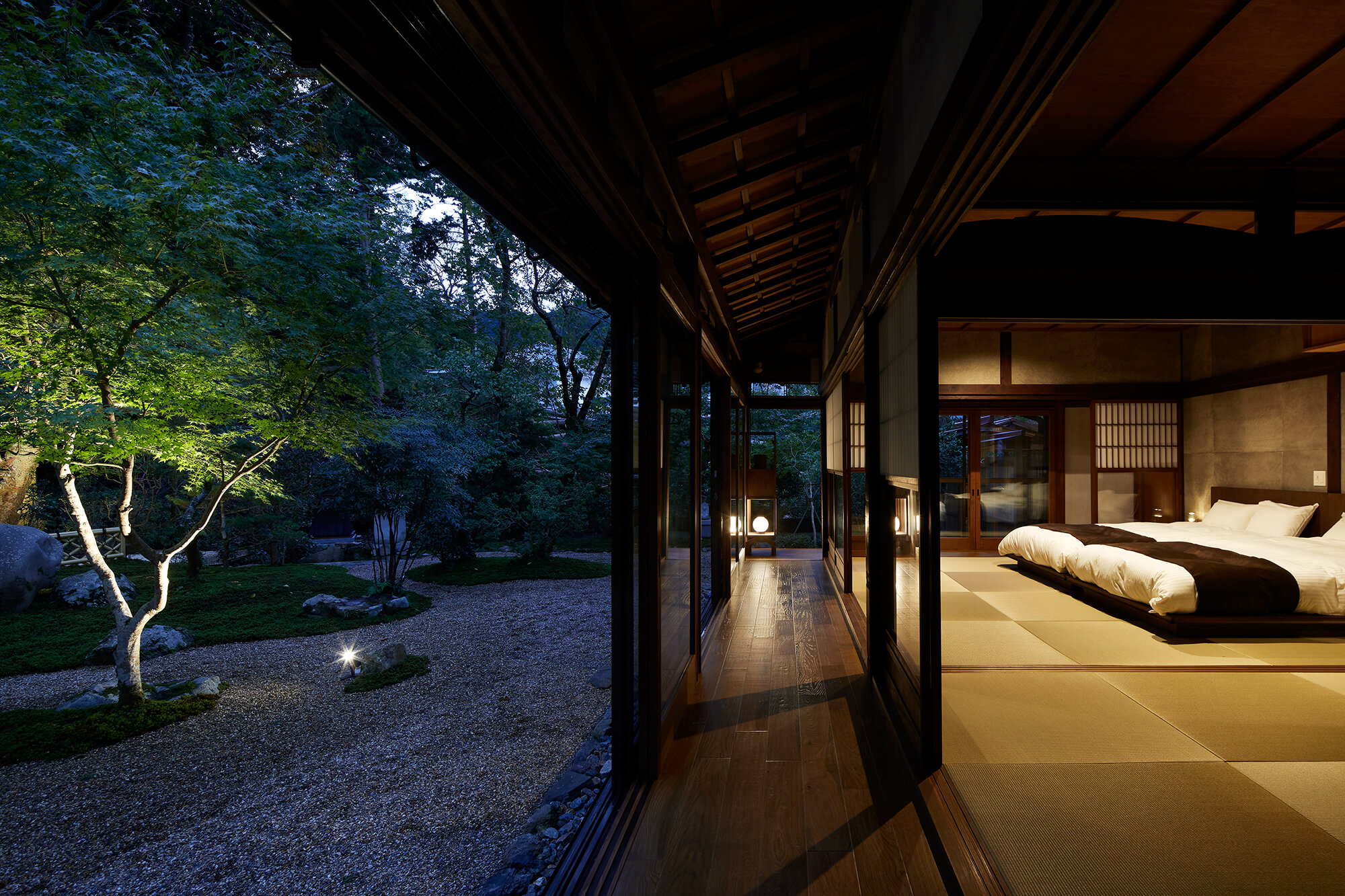 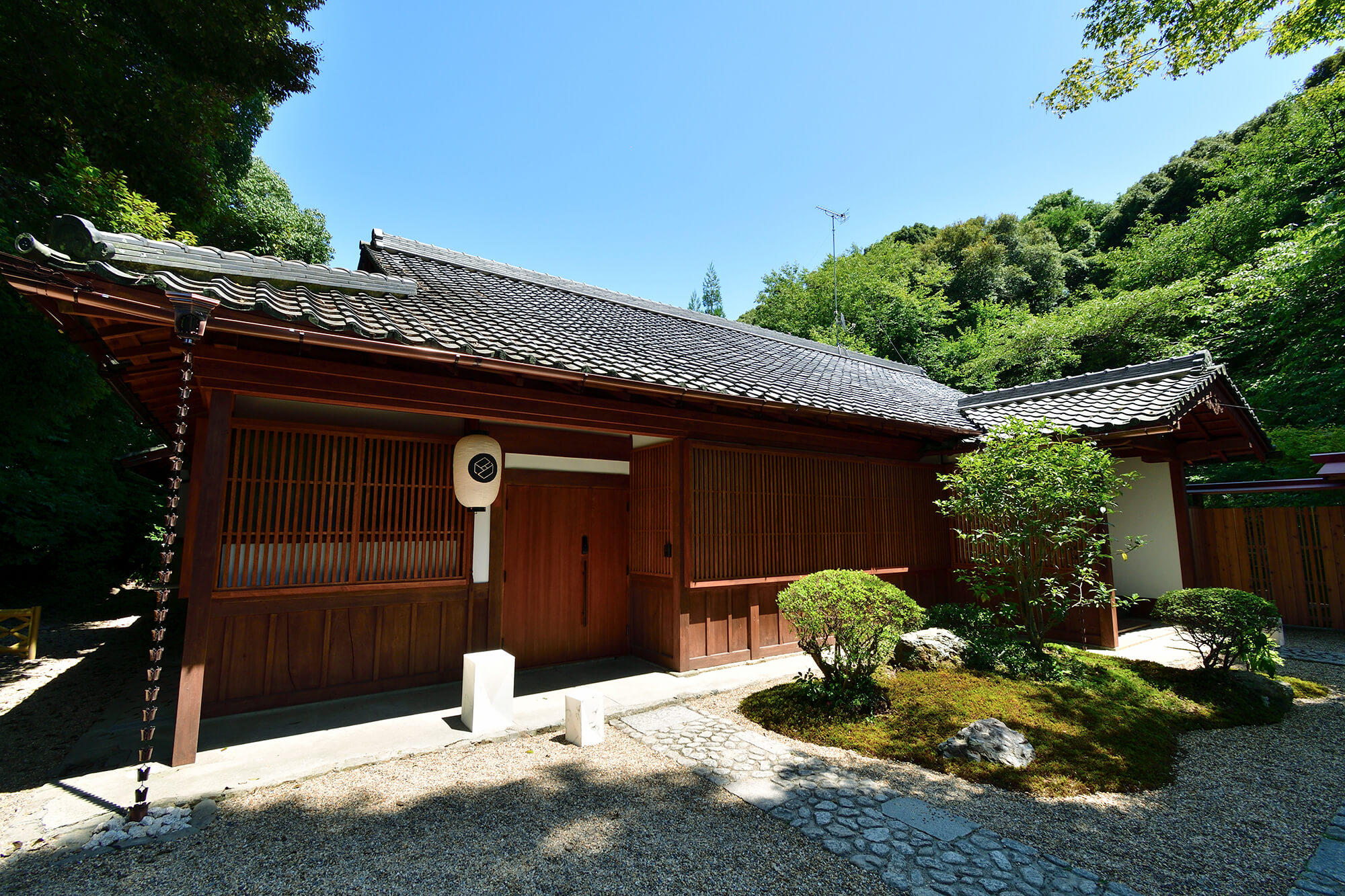 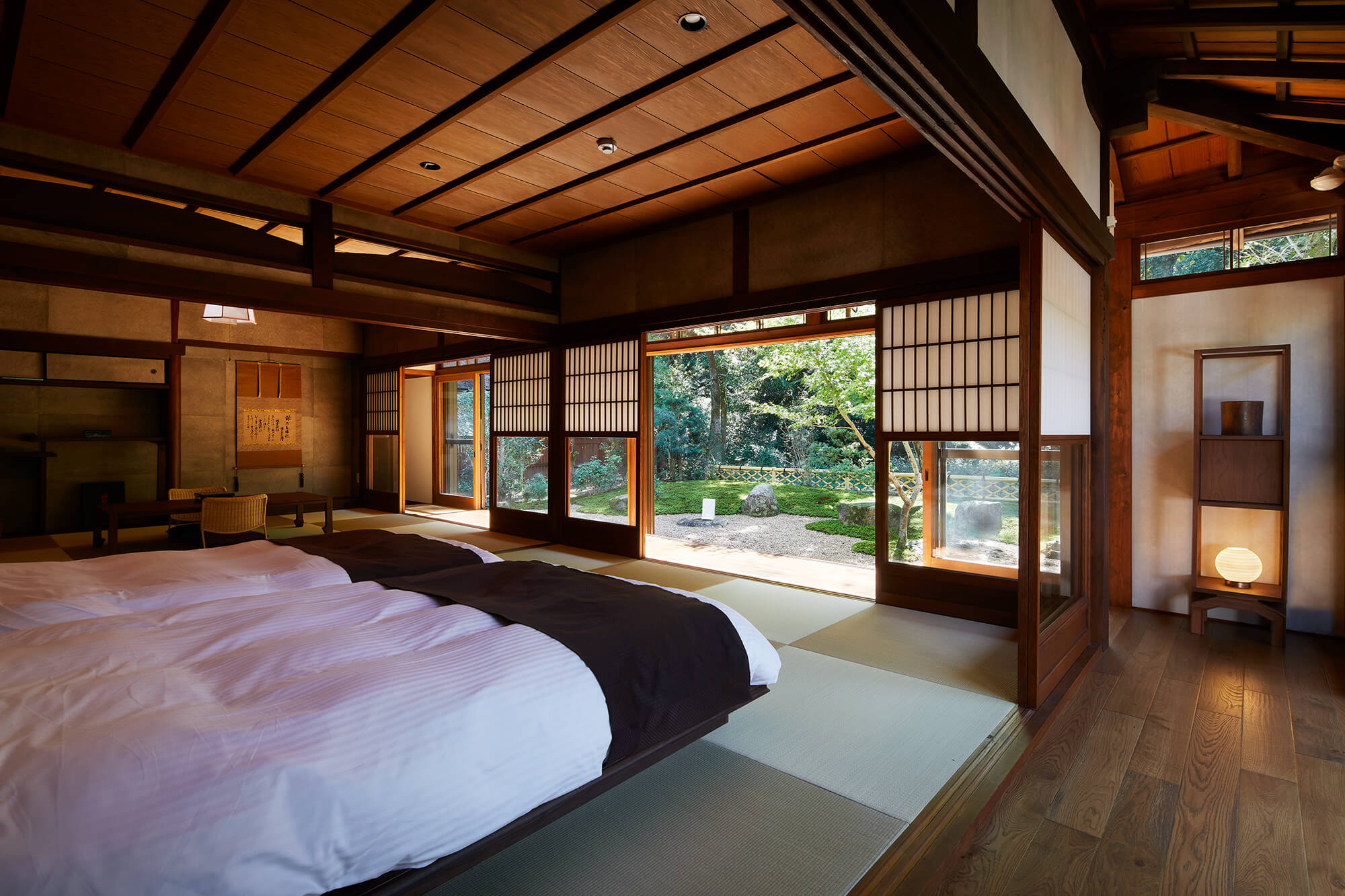 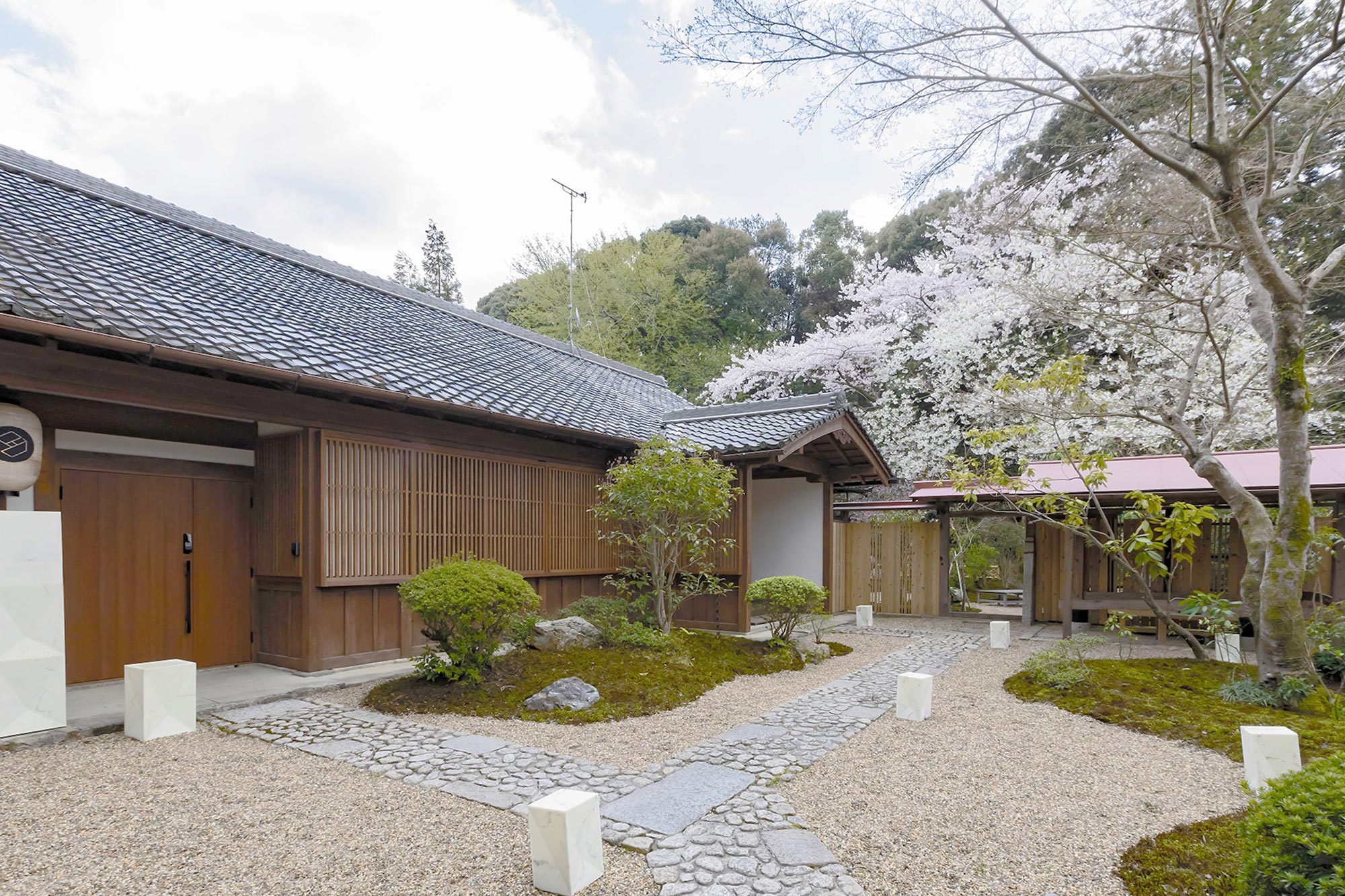 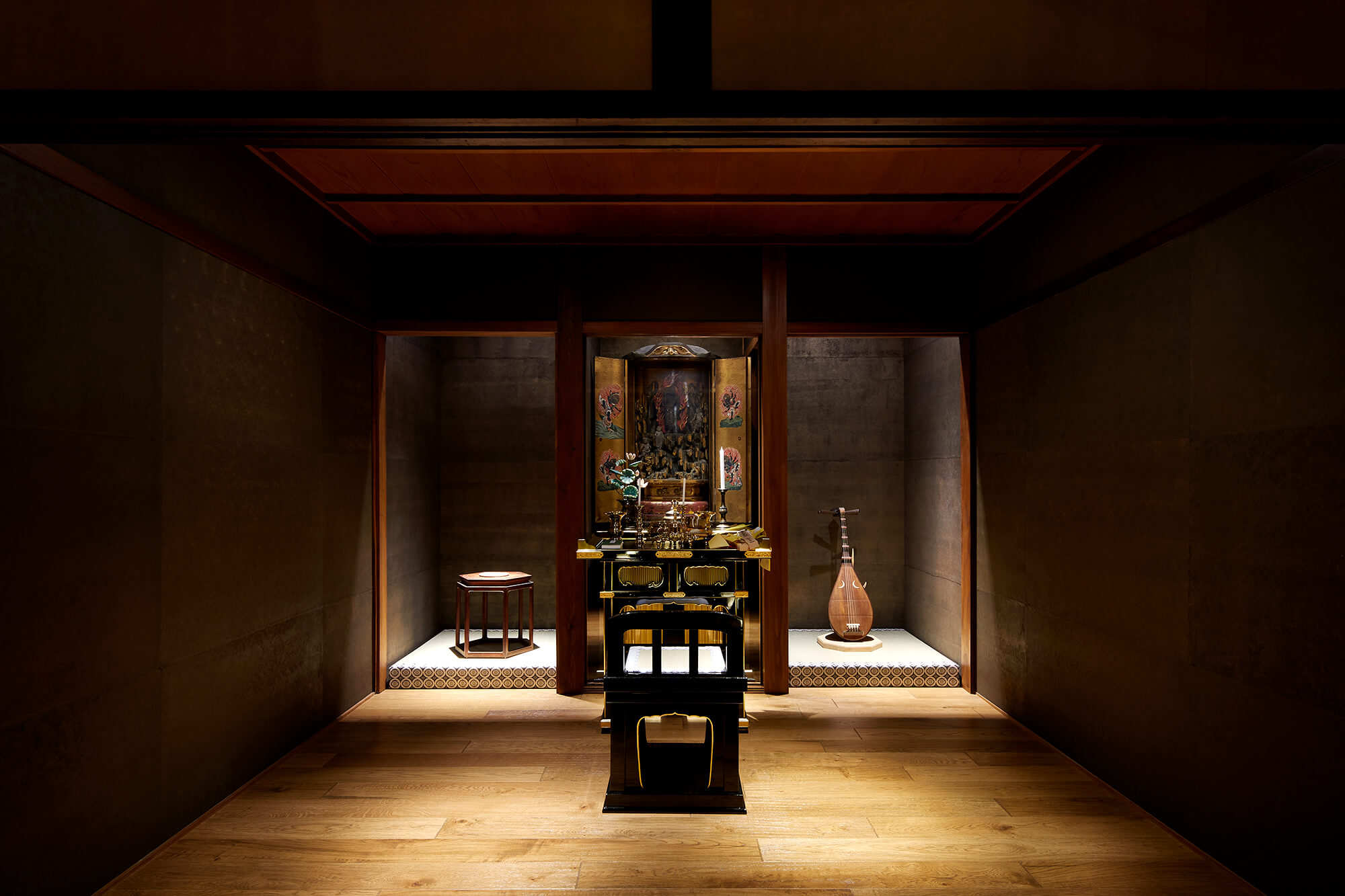 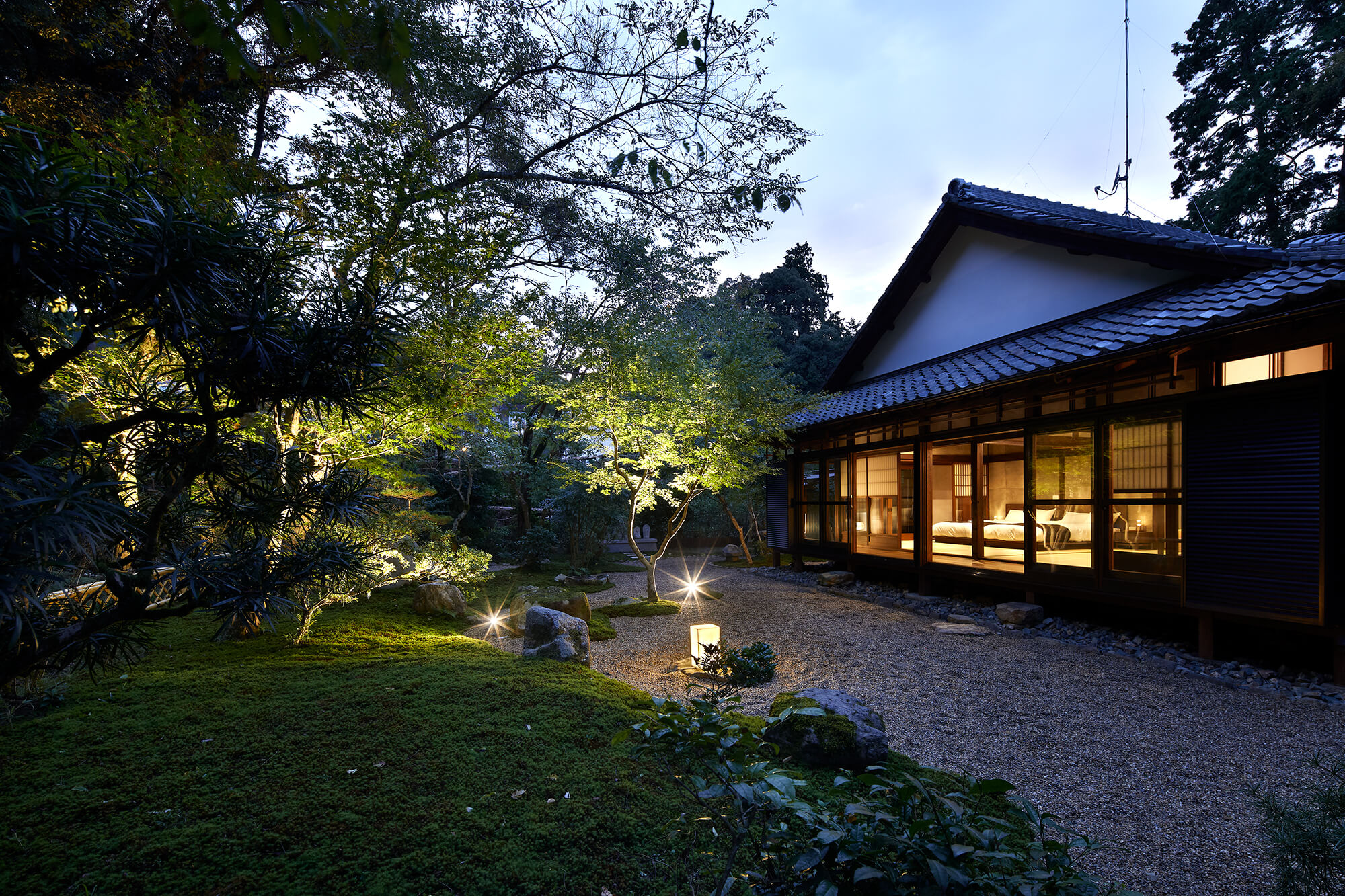 Renting out the whole building,
you can have total privacy.

WAQOO Mii-dera has reinvented the priests’ quarters at Myogon-in Hall, which is over 400 years old, as a special temple-stay facility.
With a design that will allow you to fully appreciate the rich history and beautiful atmosphere of this ancient temple.
With the whole building rented out, you can enjoy a feeling of total privacy without worrying about the prying eyes of others.
In the garden reserved exclusively for lodgers, you can enjoy the changing scenery of the four seasons with everything from cherry blossoms to autumn leaves, and even a nighttime illumination.
During the day you will be calmed by the sound of Mii-no-bansho, the beautiful temple bell that is known as one of the Eight Wonders of Omi Province.

Taking you to the facility is included in the cost of accommodation.
Please tell us where and when to meet you.